The Kizomba field lies in Block 15, offshore of Angola, marking one of the first tranches of deepwater acreage offered by the Angolan Government. The development consortium is operated by ExxonMobil's subsidiary Esso Exploration Angola, which has a 40% stake in the field. Related to Kizomba project, Ducrocq Engineers has designed, provided, installed and commissioned the complete processing line for quad joint sheathing line. That sheathing line can carry out Pipe-In-Pipe from both quads (inner and outer) with a length of 48 meters. This quad joint line can perform at an average of 10 quads per shift. 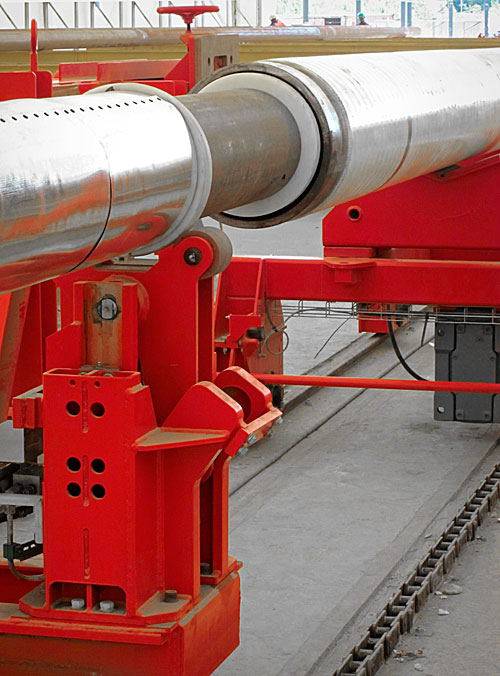